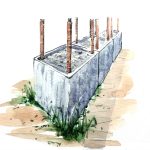 This is the political, judgemental, tactical part of the strategy formulation exercise. How to best navigate the local circumstances, so as to have the best chance of helping to deliver the overall objectives. Progress is always political, partial, and part of the political contestation process (for more, see Heywood (2017), Johnston and Fritzen (2021)).

SFRA helps by enabling a positive, pragmatic mindset that could, in time, become embedded in the DNA and professional training of each sector. It starts with how to shape the overall approach. Would it be most effective to mainstream the anti-corruption improvements within a larger improvement initiative? Or to adopt an incremental approach, keeping the anti-corrruption measures below the political radar? Or tackle just one vital aspect of the corruption problem so as to concentrate effort and have a visible result? Would the organisation’s output be better if the overall anti-corrruption approach was framed as integrity-building, as confidence-building, or directly as confronting corruption?

SFRA sets out eight possible actionable reform approaches. This list is not comprehensive – circumstances will always be too complex for that – but they direct reform leaders towards options which they can adapt and extrapolate.

A broad approach is when a wide set of anti-corruption measures are to be adopted. This may be because the organisation, or the public may be clamouring for action against corruption; or when the leadership believes that a strong and broad anti-corruption drive is necessary. The downside is that they are hard to manage, hard to motivate diverse groups of actors, and prone to run out of energy. They are also a favourite tool for those who wish to appear active but actually desire to subvert the initiative; their insight being exactly that the initiative will either collapse under its own weight, or run out of steam.

The narrow approach avoids the above problems and is generally more likely to have a measurable impact. In the public sector, this approach is safer, given the frequency with which ministers can be replaced. Limited time in office does not stop ministers from working hard to have a positive impact against corruption in their ministry: either from a genuine desire to see improvement, or because they were being pressed hard by the president or chief executive to deliver promised improvement. Pyman’s observations from Afghanistan was that many of the reform-minded ministers had thought hard about how to reduce corruption in their ministry/sector and were implementing well-chosen narrow strategies. What was most interesting was how greatly the chosen strategies differed from one ministry to another. See Pyman (2019a) for more detail.

There are many environments where it can be counter-productive to emphasise corruption issues, or to draw attention to the fact that the reform measures are aimed at tackling corruption. For example, some anti-corruption reforms in Saudi Arabia have been successful partly as a result of hardly mentioning corruption, yet implementing tough measures that would be categorised as anti-corruption in most other contexts. See, for example, the description of the reforms to the recruitment processes by the Saudi private sector company AEC in Pyman (2019b). In situations where the political regime is hostile, low profile reforms are likely to be the only ones that will be tolerated, or be safe to implement.

It is almost a cliché today that corruption reforms have to involve several parties; in the jargon of the anti-corruption world, these are called ‘Collective Action’ initiatives, as exemplified and curated by the work of the Basel Institute of Governance (2020). Cliché or not, it can be helpful to think whether an approach that starts from the concept of multi-party action may be the best route to success. A good example was the collaboration of very diverse groups that led to the passing of the ‘Sin Tax’ in the Philippines that addressed corruption issues in tobacco as well as the health issues (Sidel 2014).

Occasionally the political timing – whether external politics or internal politics – is ripe for a rapid, radical change. Hence this option should always be on the list of possible actionable reform approaches, even if it can only rarely be used. This was the approach taken in Georgia in relation to police sector and education sector reform (see Heywood and Pyman 2020, Pyman 2020).

One of the dilemmas of corruption reform is that the more fundamental changes, typically technical, adminsitrative or organisation reforms, take a long time to come to fruition, carry the risk of running out of energy, and have little public visibility. Therefore, in order to maintain public and organisation support for change, it can be advantageous to lead with something different, and to make this different issue the main lead element of the actionable reform approach.

This approach, described in the companion paper to this one (Heywood and Pyman 2020), is a deliberate bundling of specific reform measures where each individual reform will be seen through a polarised political lens. Well understood by politicians, such an approach may allow the package of reform measure to be approved even whilst individual ones are strongly opposed by particular groupings

Also outlined in Heywood and Pyman (2020), this may be a suitable approach in highly hostile environments. The purpose is not to have material impact – almost by definition the reforms would be shut down if they did have an impact – but to continue to give hope to those working in the system that change is still being contemplated and that they should not despair. 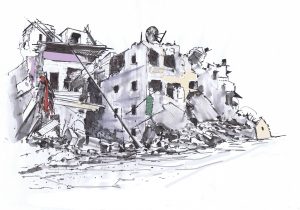 Most of the material and guidance in this website assumes that you have some reasonable degree of freedom to initiate reforms. But, how does this change when you believe that your own leadership cadre – above you or at the same level as you – are all corrupt? There is much experience about the difficulties of addressing corruption in high-corruption environments, but little constructive guidance. Whilst some of the strategic choices may be similar to those above, there are other choices that are more specific to high corruption environments. What sort of strategy do you devise when the corruption is so endemic and so all embracing that there seem to be no avenues for hope at all? We lay out some thoughts and experience for you to consider about making at least some progress against corruption within individual sectors in this environment.

Six thoughts on ways to progress:

Most of the leadership cadre may be corrupt, but this does NOT mean that they will actively oppose you. Because anti-corruption is known to be a ‘good’ thing, and so they may just stay quiet, let the reforms take their course, and just act to delay them. That’s OK for you: it is still possible to get some reforms underway, and you can then work on strengthening support from others.

2. Coopted into corruption: Many corrupt leaders don’t like the situation they are in

They have been forced to be corrupt because of the system they work in. So, whilst they will not actively support you, they may be ready to quietly support, or at least not to oppose you, depending on the rest of the group. They may be a good source of advice on what sort of measures could be put in place without precipitating opposition.

3. There are always some reformers, even in the most corrupt environments

I have personally been involved in anti-corruption efforts for over a decade in Afghanistan – one of the hardest countries on earth to make progress against corruption. But I am constantly astonished at how much substantive progress they have made in the last few years. Some of the best developments in anti-corruption are coming out of Kabul. See, for example, Pyman and Sohail (2017) on the Afghan National public Procurement Authority and the establishment of the Afghan Anti-Corruption Justice Centre (eg Brooks and Trebilcock 2017).

Some anti-corruption reforms are seen as being of low importance, low risk and therefore not a threat by a corrupt leadership. The main examples are capacity building and training. So, you may have scope for extensive training and capacity building, which could be much more powerful than it was expected to be.

Example: Anti-corruption training for Ukraine security services before the revolution. Here is an example from Ukraine, in an anti-corruption effort in the security services: The principal policy lesson from Ukraine is how to make progress when there is no political will for reform, as was the case here from 2008 to 2014. The Ukrainian security and defence leaders were smart: they had a highly developed sense of what reforms they could implement without making their political masters nervous, and which others would get them fired, or in deeper danger. Their chosen tools were mass (anti-corruption) training—training is very low-profile politically—leadership days, and secondments (to anti-corruption organisations). See Pyman (2017).

5. Push for a Commission of Enquiry, but only expect just a little

Commissions can be ‘acceptable’ to corrupt leadership, because they know they have the means to subvert the Commission or control the findings. Whilst this may be regrettable, it does open up room for the topics to be aired and for the public to see and hear the corruption in an open forum. This in turn can allow modest amounts of change to start. There is a realistic analysis of this approach, as employed in Uganda, by Kirya (2011).

6. Build up capacity to operate with integrity whilst hoping for circumstances to change

Unexpected events can quickly change the political dynamics, as in the Ukraine example above. If you have a nascent reform programme, even if it is going very slowly, it can be rejuvenated or expanded in such a situation; this helps people to be seen as responding to the unexpected event. You could choose to deliberately make the programme small, picking just a few reforms that will be seen as unthreatening, whilst using it to expose as many people as possible to how a non-corrupt working environment may be possible and comprehensible. You will be thinking and hoping that these starter reforms might generate supportive momentum that the more corrupt leaders will then go along with.

Berlin, Isaiah (1998) The sense of reality: studies in ideas and their history. Available at: https://www.amazon.com/Sense-Reality-Studies-Ideas-History/dp/0374525692

Development Leadership Program (2018) Inside the black box of political will: 10 years of findings. Australian Aid. http://www.dlprog.org/publications/inside-the-black-box-of-political-will.php

Johnson, Jesper, Taxell, Nils and Zaum, Dominik (2012) Mapping evidence gaps in anti-corruption. Assessing the state of the operationally relevant evidence on donors’ actions and approaches to reducing corruption. U4 publication, October 2012, No.7. Available at https://www.u4.no/publications/mapping-evidence-gaps-in-anti-corruption-assessing-the-state-of-the-operationally-relevant-evidence-on-donors-actions-and-approaches-to-reducing-corruption/

Pyman, Mark and Tzvetkova, Avgustina (2013) Learning about defence corruption prevention: an interview with the Deputy Defence Minister of Bulgaria. http://ti-defence.org/wp-content/uploads/2016/03/150310-Bulgaria-Deputy-MOD-interview-.pdf

United Nations Office on Drugs and Crime (2015) National Anti-Corruption Strategies: A Practical Guide for Development and Implementation. 2015.Accessible at  https://www.unodc.org/documents/corruption/Publications/2015/National_Anti-Corruption_Strategies_-_A_Practical_Guide_for_Development_and_Implementation_E.pdf